Bindi Smalls: Cosplaying With the Help of 3D Printing

Cosplayers and prop makers throughout the United States are busy preparing for Dragon Con in Atlanta, Georgia, USA; Bindi Smalls and her army of 3D printers are no exception. She is working around the clock on her newest creation: a 3D-printed D.Va-inspired cosplay from Blizzard Entertainment's popular Overwatch video game. 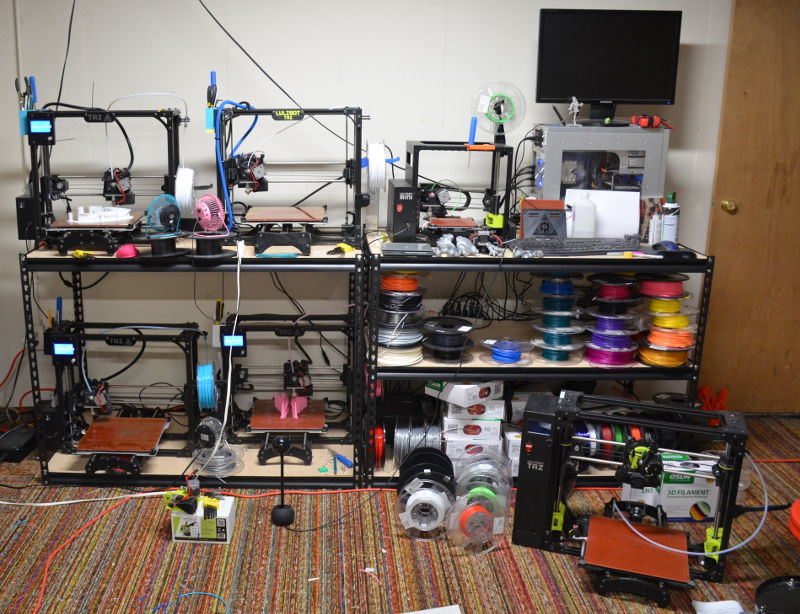 “I really like making costumes and trying to find innovative ways to solve all the creative problems that costuming brings, like how to bring things into real life,” Smalls said.

3D printing has enabled Smalls to make full cosplay armor for game characters such as Gwen from Embers of War, a project that required a staggering 1,700 machine hours in one month.

“I was contacted by a video game company that was exhibiting at PAX East, and they wanted to have one of their characters for a game they were announcing at PAX to come to life,” Smalls said.

In addition to 3D printing, many finishing hours go into Smalls' projects.

“Sanding is probably what takes the most time,” Smalls said. “You print the parts, and that takes a good while, and then sanding is what will take most of my time when working on a prop or a costume, and once everything is sanded to a level that I like, then it's onto painting. Painting usually doesn't take very long.”

As a huge LulzBot 3D printer fan, Smalls has had a good response with using the printers.

“The idea that we can easily work on the printers ourselves is a huge selling point,” Smalls said. “There's tons of information online. If you break a part, you can just reprint it. The community is helpful as well.”

Smalls also feels it is beneficial to choose 3D printing over other forms of manufacturing because it is less expensive to get into 3D printing than CNC milling or laser cutting.

“When 3D printing cosplay, you have to buy the printer,” Smalls said. “Then upkeep and printing materials after that are really, really cheap.”

With events such as Dragon Con giving Smalls a chance to demonstrate her 3D printing skills, this type of technology is becoming the way of the future.

“It's a movement of personal manufacturing,” Smalls said. “It's the movement where people can … essentially make a complete product in their house from start to finish, and I think that's the coolest thing about 3D printing.”

To learn more about Bindi Smalls, visit her Facebook page.