With four LulzBot Mini 3D Printers and a passion for inspiration, video veterans Dale Hayward and Sylvie Trouvé of Montreal-based See Creature Animation have incorporated 3D printing and art into a centuries-old storytelling format. Bone Mother, their latest creation, is a stop-motion adaptation of the story of Baba Yaga, a witch from Slavic folklore dating back to the 1700’s.  In production for over three years and created almost entirely with 3D printing, the long-awaited short film recently premiered in Toronto. 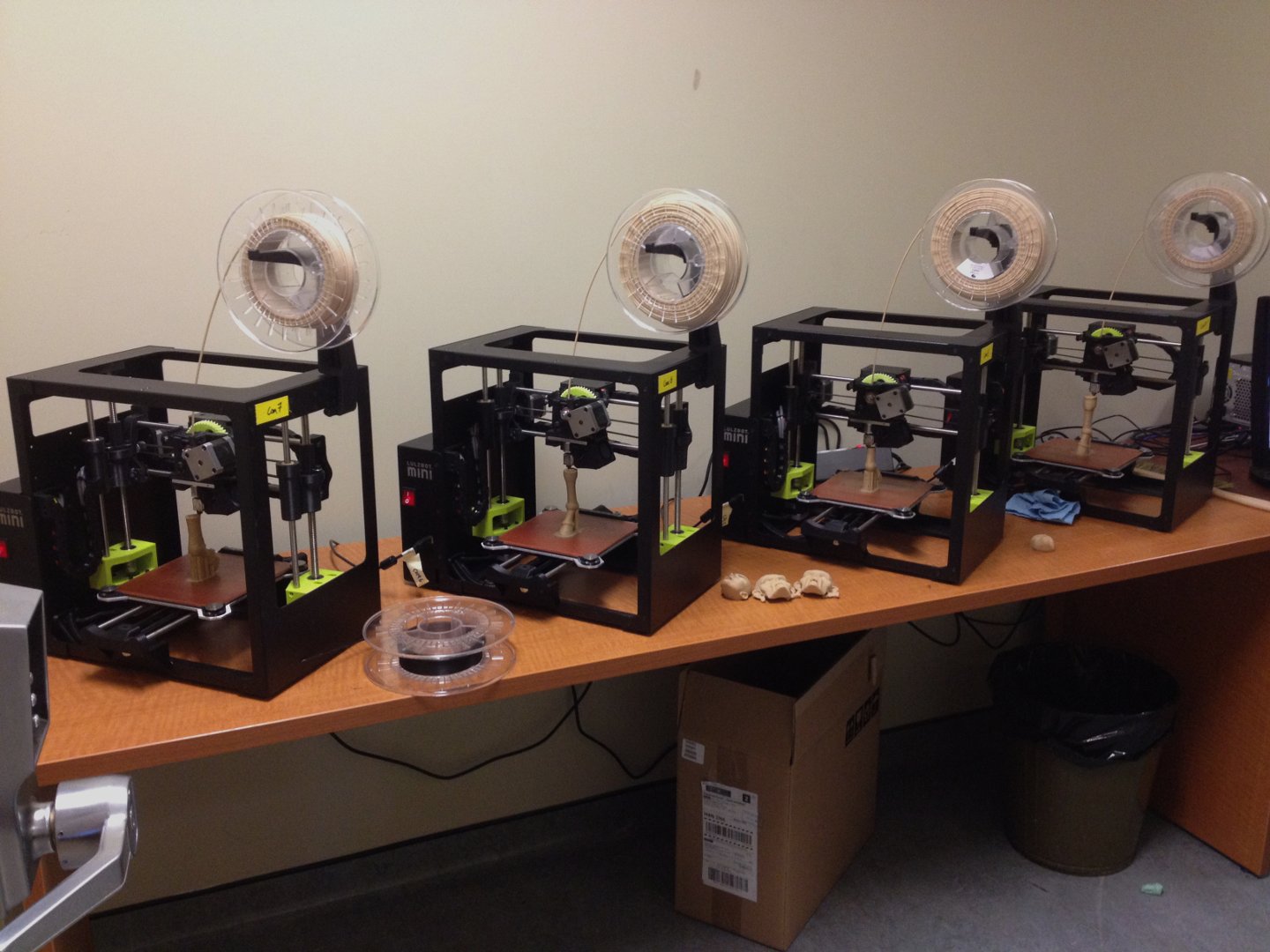 The production of Bone Mother was See Creature’s first foray into additive manufacturing. The National Film Board of Canada, who produced the film in collaboration with See Creature, was excited about the creative combination of 3D printing and art. In their quest for a robust, affordable machine, they chose the LulzBot Mini.  “After trying a few other brands, the LulzBot Minis were the perfect solution,” Hayward said, citing automatic bed leveling and the nozzle wiping feature among the team’s favorite features. They were immensely satisfied with their initial purchase of one LulzBot Mini, and soon added three more to their studio for their stop-motion animation film.

Reliability and Consistency: Keys to Success

The sheer magnitude of modeling and 3D printing required for the characters and the set meant the team had no room for downtime. They printed over 1,500 unique faces for two characters. “One of the primary reasons we decided to use 3D printers was to get a greater range of character facial expressions and dialogue,” said Hayward. “We needed a solution that was going to give us a mode of registration that would be totally consistent without too much cleaning up.”

For the characters’ faces, See Creature used colorFabb’s woodFill PLA blend to add to the film’s old-world, natural feel. Because there were so many to print, they used a light infill to reduce the total print time and amount of filament used. To further enhance the film’s aesthetic, the team made adjustments to reduce the precision of the prints. “Our main character, Baba Yaga is an ancient witch and naturally she should have wrinkles,” Hayward stated. “So instead of sculpting them into the computer model, we found that if we print the face lying down, the layers look like a topographical map and the print naturally accentuated the curves of her face, creating a lot of the wrinkles for us. We loved the look and it fit her character so much that we actually lowered the resolution to get even more stepping.”

Hayward and Trouvé developed a script in a 3D computer graphics application to expedite the animation process, creating uniquely-stamped, frame-by-frame STL files and an exposure sheet to follow during the stop-motion animation shoot. “But of course during production, shots change, new ones are created and we had to make new sequences of faces visually,” Hayward said. In reference to the dependability of LulzBot 3D Printers, he added, “Since the prints were super reliable, we could move between sequences without trouble.” 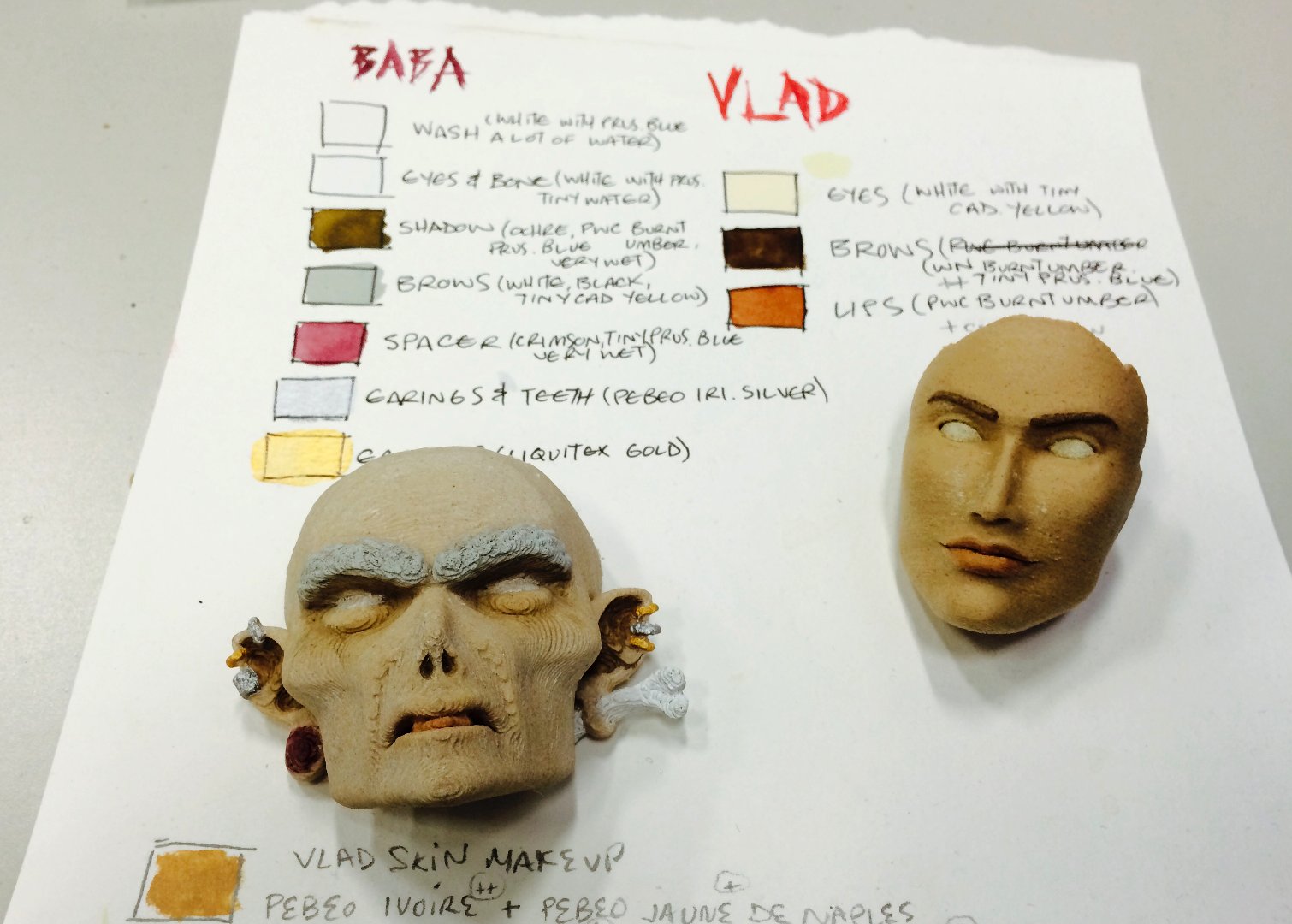 The affordability of LulzBot 3D Printers enabled See Creature to integrate newer technologies into their creations. “Where technology has forced traditional hand-drawn animation to adapt or fade away, stop-motion has always ridden the tech wave, so much so that there has become a renaissance of stop-motion films over the last decade, “Hayward said. “This is attributed to technologies like 3D printing…. they have opened the doors to greater creative possibilities at a lower budget.”