In agriculture it's common to test out a variety of seeds with your soil before determining which to plant. Planting Seed Plots is an excellent way to compare multiple varieties of seed for the next growing season. Problem is, most modern machinery has been optimized for planting one or two varieties at a time, leaving seed plots to be planted with outdated equipment in many cases, which can be very inefficient.

David Ehlers and wife Michaela, a farmer and agriculture teacher from Minnesota, came up with a clever solution with their LulzBot's!

“In early May I was halfway through my planting season and while planning our seed plot I learned we had a problem with our new planter, the row hoppers were not made to hold enough seed to plant the full length of the plot. Older planters had hopper extensions, basically a box doubling the size of the hopper, but the old boxes did not fit our new planter.“

Michaela used 3D printers in her classroom and David learned about 3D printing during college at NDSU. They were confident hoppers could be designed and made with their LulzBot's in no time! With two LulzBot 3D printers on the farm, a TAZ 6 and TAZ Pro, the Ehlers were able to go from concept to reality in less than a week!

Though David had some experience with 3D printers and an idea of what needed to be done, he still had a few questions. Upon reaching out to the LulzBot team, David was able to get the guidance and assistance needed to fabricate his first full set of 36 hoppers and adapters. 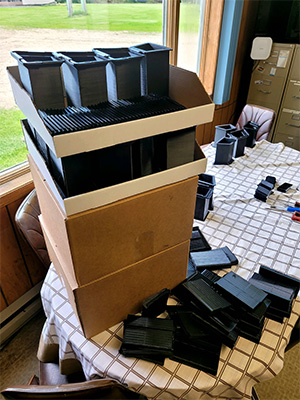 “In under a week my idea had become a physical part. In agriculture, parts can be scarce and unavailable at the worst times, with 3D printing some parts might be made on the farm faster and cheaper than otherwise possible!”

David was able to make his custom hopper extensions and hose blocks (which traditionally have cost anywhere between $35 to $60 each) for $15 each thanks to 3D printing. 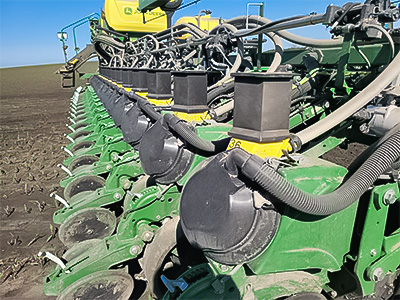 With this clever solution he can now manufacture an endless supply for his operation on demand!

Want to start fabricating your own 3D printed parts? Check out the TAZ Pro S! The same printer that the Ehlers' used to produce their row hopper extensions. 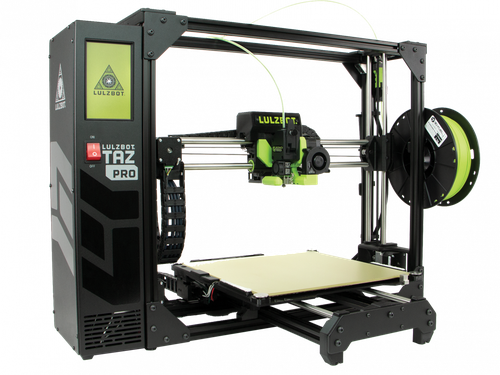