Loveland CreatorSpace: Come for the Tools, Stay for the People

Creativity, collaboration, and connections all thrive within a hackerspace, and Loveland CreatorSpace (LCS), a nonprofit in Loveland, Colorado, USA, is no exception.

“Loveland CreatorSpace is what's referred to as a makerspace, also referred to as a hackerspace,” Jamie Leben, an LCS founder and current board treasurer, said. “The idea of a makerspace is to create a place that makes prohibitive tools, whether it's space, expense, or just you don't want to buy something that's going to sit there because you just need to use it a little bit. We get a lot of those tools together and share them and then people pay a membership and in our case that gives them 24/7 access to the tools and workspace.” 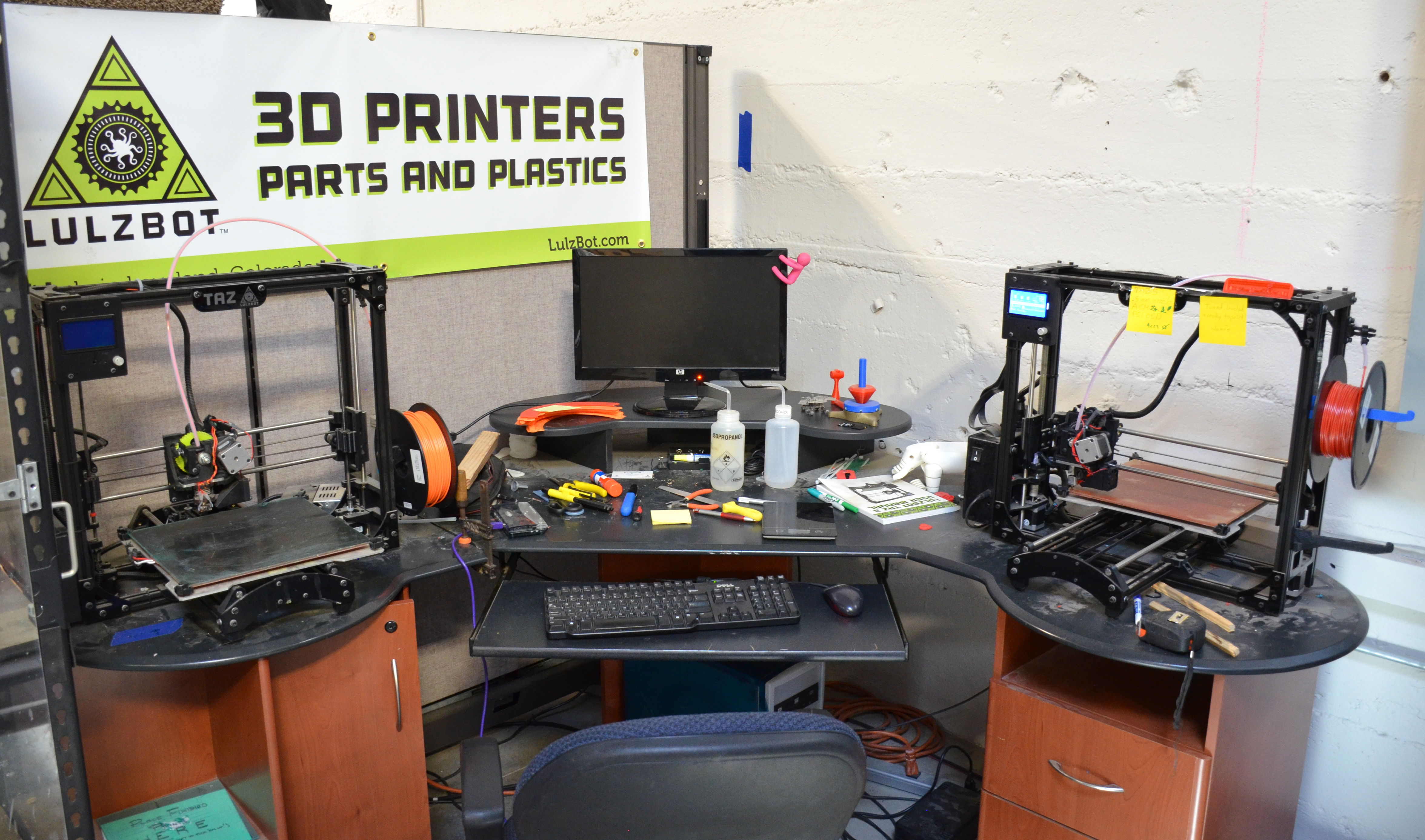 Among the tools at LCS, which range from laser cutters to those associated with a woodshop and metal shop, are four LulzBot® 3D printers (two LulzBot TAZ and two LulzBot Mini) manufactured by Aleph Objects, Inc.

“The main bottleneck is education,” Leben said. “We have monthly introduction to 3D printing and modeling classes and people tend to want to take that before going to the printers. We have plenty of people that come in and they have some experience with them and they just take right to it and self-teach as well.”

Leben, who is also the president of IT-Works, an authorized LulzBot 3D printer reseller, noted the LulzBot Mini is particularly useful to begin with because it is designed for people who are unfamiliar with 3D printers.

The LulzBot 3D printers at LCS, which will have its two-year anniversary of being open in March 2016, experience frequent use and see a variety of projects printed with them. These include a pinewood derby-like track that appeared at local maker faires, BB-8 inspired droids, and a prototyping effort that provided a quicker, cheaper alternative to other methods.

“There's always something going on there,” Leben said.

By having the LulzBot 3D printers as a tool at LCS, people are able to gain experience using them and become confident in purchasing one themselves, which Leben said has happened.

The presence of LulzBot 3D printers has also been essential to forming LCS in general.

“A 3D printer is one of the core pieces of a makerspace,” Leben said. “If you have a workbench and some electronics and a 3D printer, hey that's the start of a makerspace. A 3D printer's really one of the first tools and having a LulzBot as a successful first add to it [has] been really important to getting this place started.”