With little margin for error in the schedule, reliable production techniques are crucial to a successful marketing campaign. The team at System76, producers of premium GNU/Linux computers, turned to LulzBot 3D Printers to meet a tight deadline with their recent Fourth of July promotion, sending 3D printed collateral to influencers to generate buzz.

“This was the first time we used our LulzBot TAZ 3D Printer for this level of mass production,” Jason DeRose, chief of research and development at System76, said. “I was extremely impressed with its reliability.”

The Fourth of July promotion consisted of System76 utilizing a suite of Free Software programs, including Blender and Cura LulzBot Edition, to 3D model and print 26 “Guy Tux” masks, tying the campaign to the popular V for Vendetta theme and focusing on the power of user freedom during the sale.

“The first two masks were used as props in the video shoot and each took roughly 30 hours to print,” DeRose said. “The remaining masks used a tweaked model to reduce print time, and these masks were sent out to the press, previous System76 SuperFan winners, and other friends of the company.”

The LulzBot TAZ 3D Printer ran continuously for almost a month printing the remaining masks, with each taking approximately 21 hours to 3D print in nGen.

“We’ve been very happy with nGen filament and now use it as our go-to filament for most projects,” DeRose said. 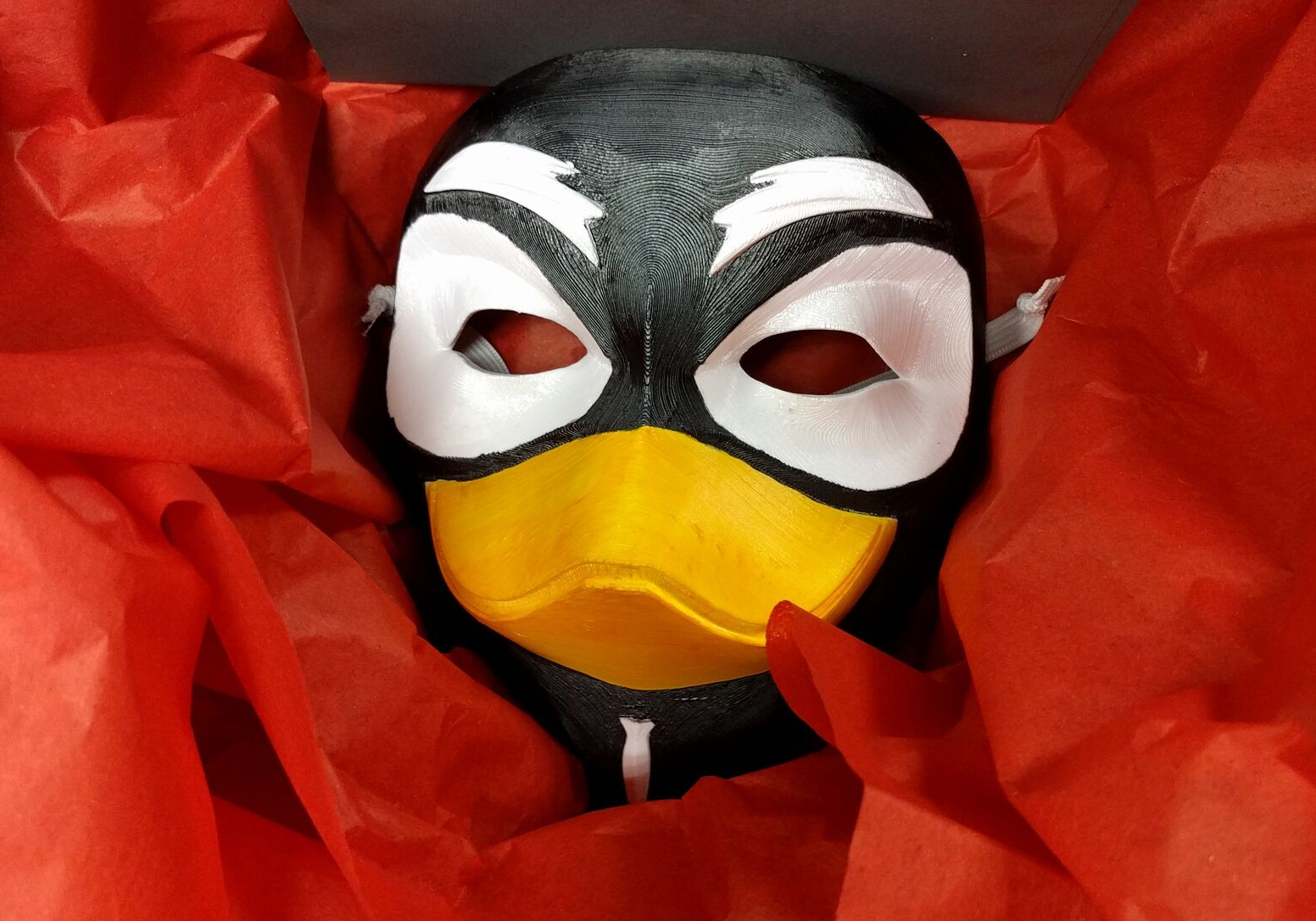 After the 3D printing phase, System76 moved on to painting to bring the remaining Guy Tux masks to life before shipping them out and encouraging fans to share their love for Linux with #Revolutionist76 on social media.

With reliability you can count on, LulzBot 3D Printers have allowed the team at System76 to enhance their marketing efforts and also improve other aspects of their organization.