Viget's hardware services team uses desktop 3D printing to go from ideas, to working Olympic-scale prototypes for their clients. Viget, a USA-based digital agency founded in 1999, was approached by Cal Poly student Alexandra Kline with the idea of building a visual marker to help competitive athletes pace themselves while running. Many machine hours and 12,000 LEDs later, TrackPacer brings new meaning to the term rapid prototyping.

“We wanted a way to quickly get this thing on the track without going down the injection molding route,” Justin Sinichko, a hardware developer at Viget's Boulder, Colorado, USA office, said. “It would've been impossible without 3D printing.” 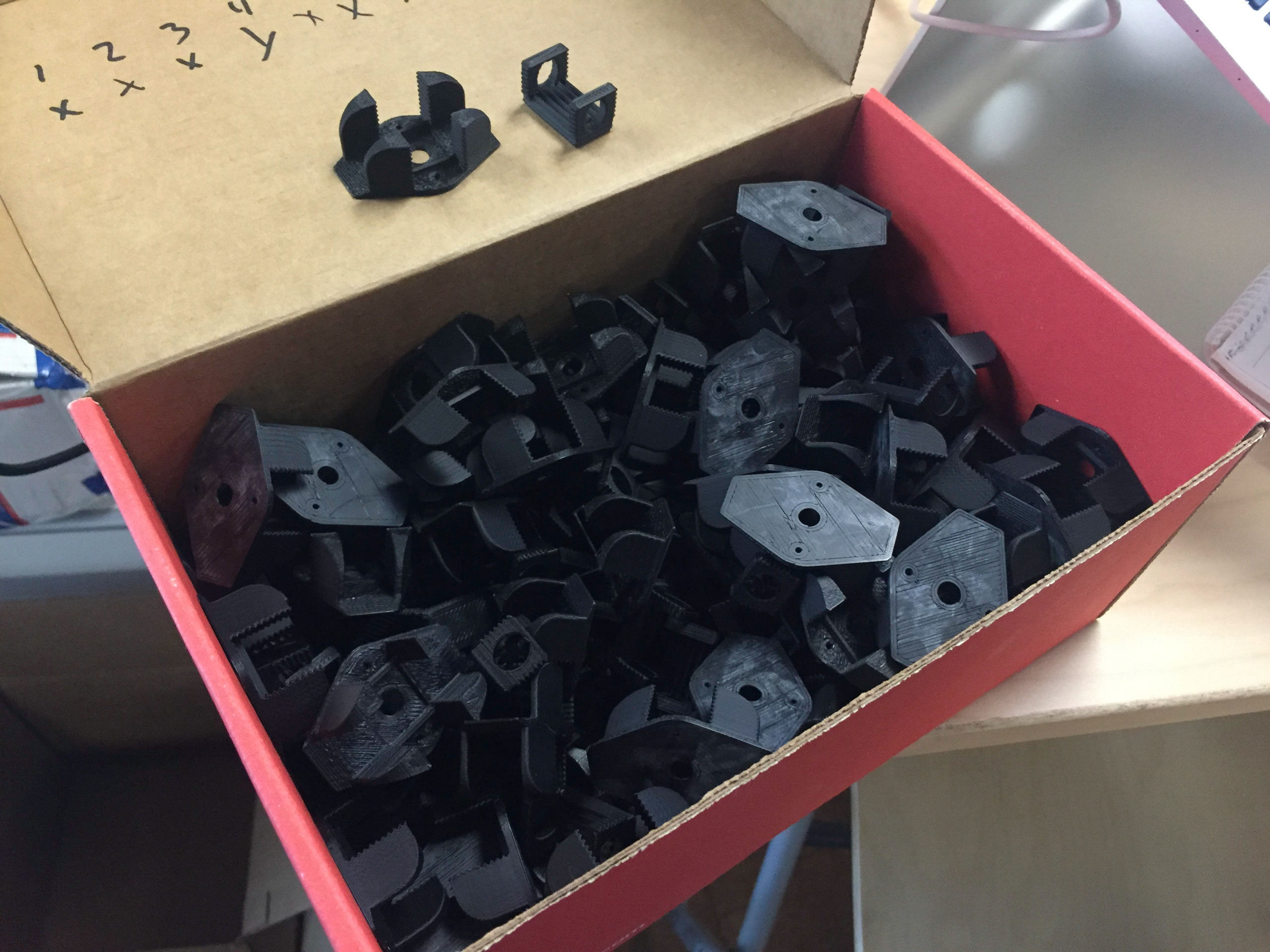 “Throughout the course of a 400-meter track, there's the potential to really mess up some distances, and for anything that's pace-based, you've got to have distance and time spot on,” Sinichko said. “That connector empowers you to do two things: One, get that thing on the track, but two, also make sure that they're exactly where we need them to be and make slight adjustments over the course of 400 meters.”

With the LulzBot Mini 3D printer running full time and allowing for multiple ratchet connectors to be printed at once, it took less than a week to print all of them. 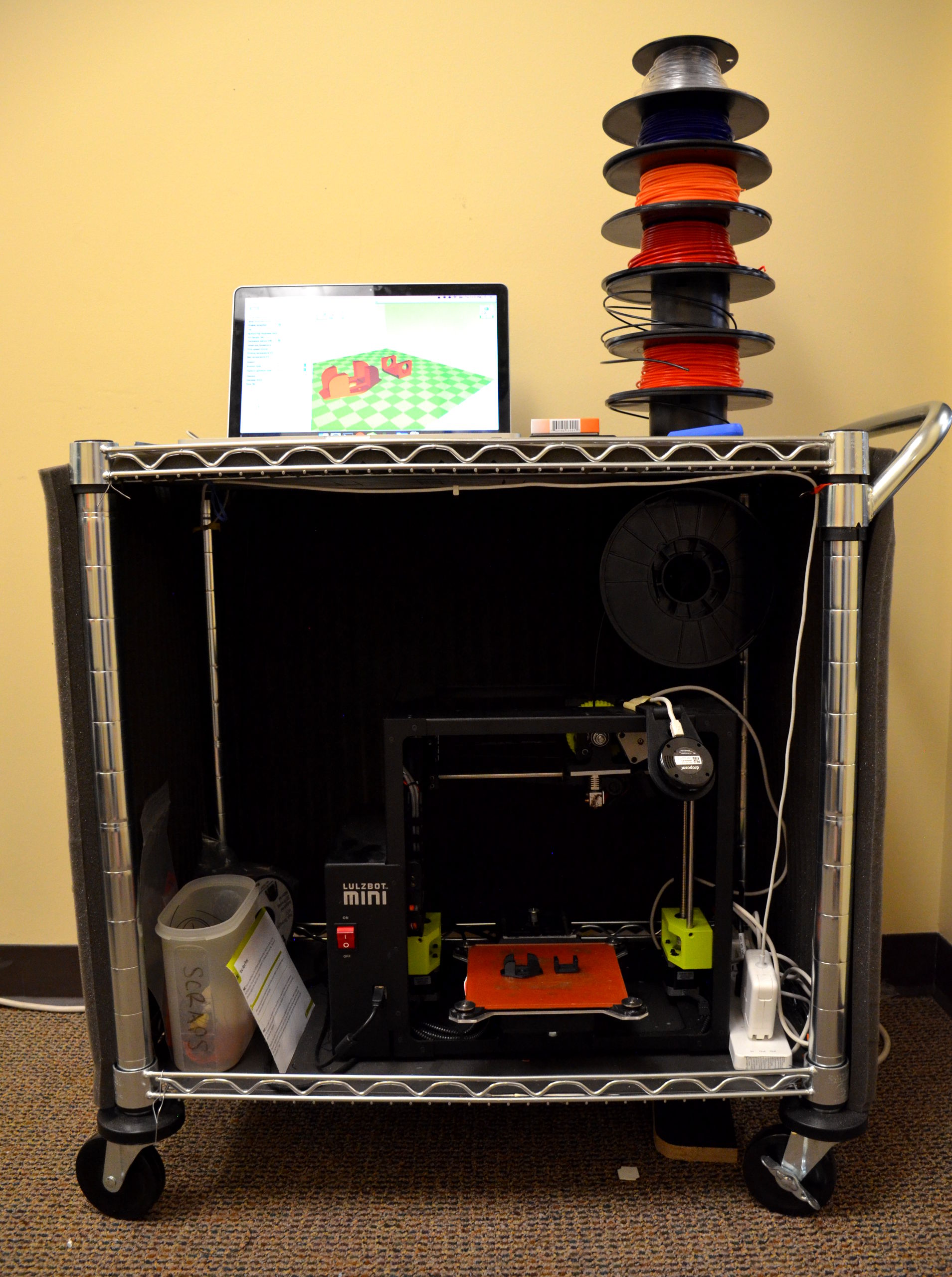 The reliability of the LulzBot Mini 3D printer is one of the reasons why Viget purchased it, along with it working out of the box and having vast material compatibility. In fact, the comprehensive profile list in Cura LulzBot Edition and the ease of use with this software is particularly appealing.

“Cura LulzBot Edition by far is so simple to use [and a] great slicer utility,” Sinichko said. “We were trying to find a utility that the whole office could use, and the default profiles that you have solve 99.9 percent of what we're trying to do.”

Once the 400-meter outdoor prototype was built, TrackPacer was installed at Potts Field at the University of Colorado Boulder to get feedback from runners and coaches. 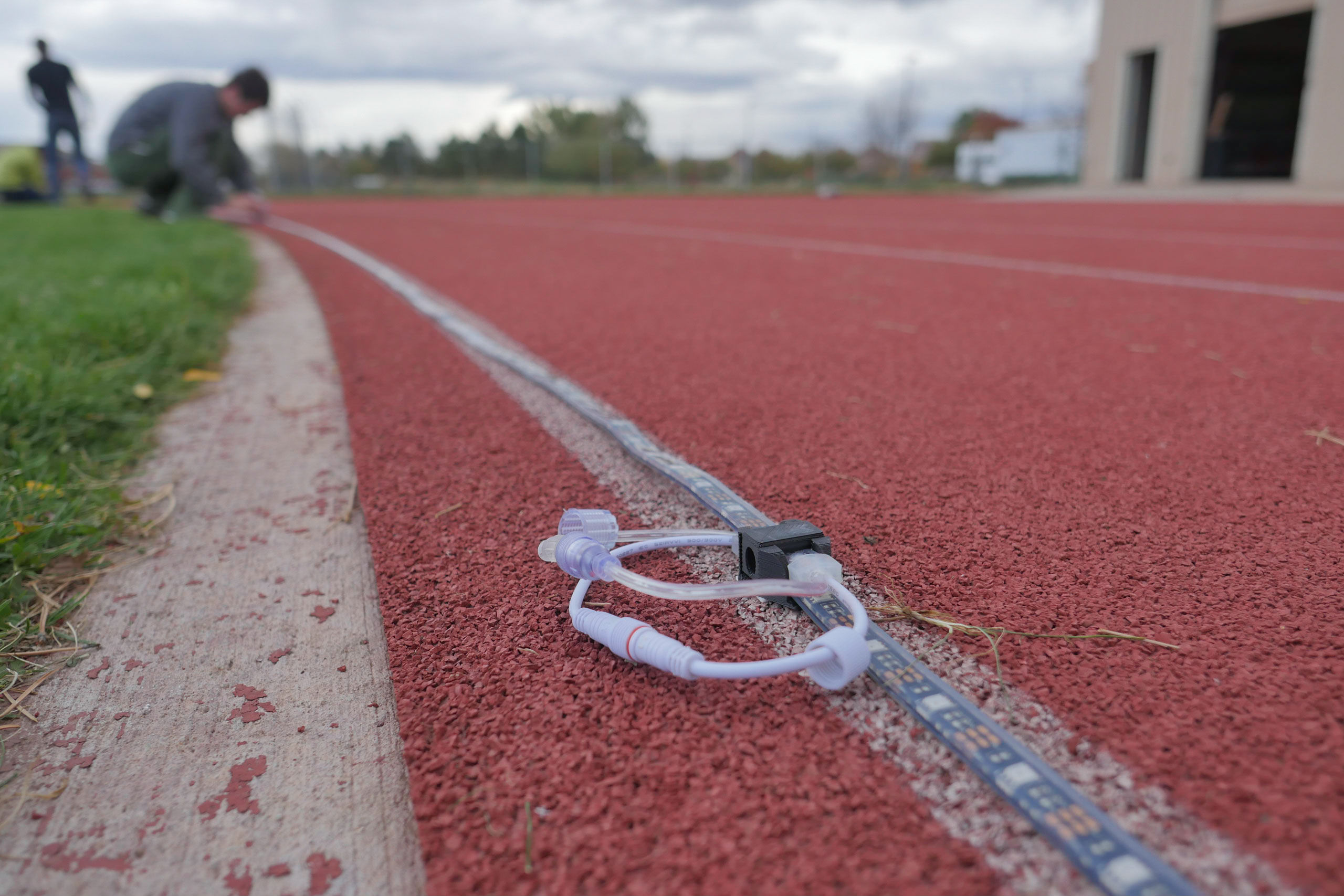 “For TrackPacer, it's a great tool for coaches who are trying to extend their reach to all of the athletes,” Sinichko said. “TrackPacer allows the coach to drop all the different stopwatches and say, 'Alright, I'm going to launch this pacer at this pace for this duration and maybe this many intervals.' … Now the coach can monitor their form [and] observe how they're handling the workout.”

Out of that day of testing TrackPacer, it validated the idea and paved the way for actual product development.

“We've helped them get a direction [and] identify partnerships to work with to build out and take to manufacture,” Sinichko said.

Although the productized version will be different, 3D printing was essential in the prototyping phase and empowered the Viget team to bring another client idea to life.

“It'll save the client money, it'll save the agency time, and … if you're trying to build some type of hardware lab that's going to be able to do anything, you need a 3D printer there to solve for those examples that are just perfect applications,” Sinichko said.