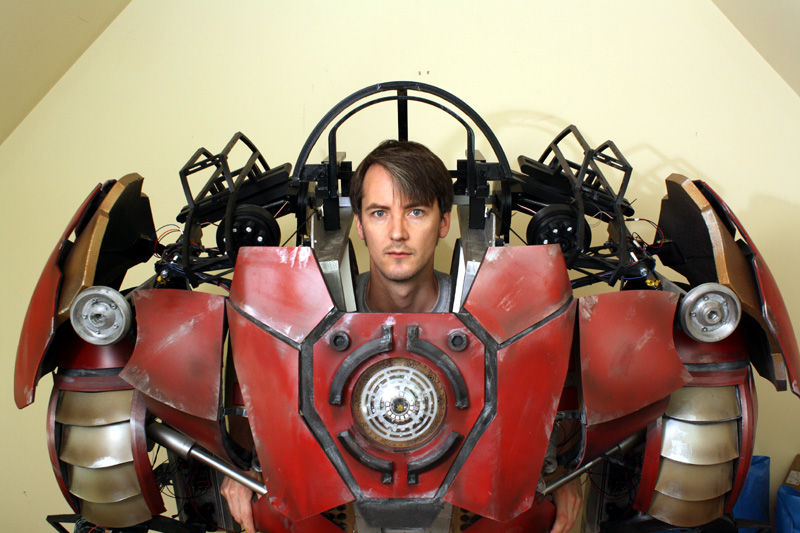 Do you ever wish you could re-create costumes from your favorite movies or build a collection of cinematic props?

Thanks to the LulzBot line of 3D printers manufactured by Aleph Objects, Inc. in Loveland, Colorado, USA, both are possible, as LulzBot super user James Bruton has demonstrated with his various XRobots projects.

Bruton, who lives in Southampton, U.K., created XRobots and focuses on building science fiction props and cosplay, which are featured on his YouTube channel and website in step-by-step segments and entries for the purpose of engaging his audience and sharing his techniques.

Among Bruton's projects is a 3D-printed, full-size Iron Man Hulkbuster suit inspired by the movie.

His plans for this suit include it being self-supporting and free-standing so it can actually be entered by the wearer, heavily mechanized with 3D-printed mechanical parts and electronics, of high detail and visual impact, and capable of disassembling so it can be transported.

“As the 'Iron Man'/'Avengers' series of films has progressed, Tony Stark has moved away from a special room full of robot arms to do the suit-up toward suits that put themselves on,” Bruton said.

A set of LulzBot 3D printers assists Bruton in this multi-piece project, and materials such as nylon 3D printer filament, ABS, and NinjaFlex are being used. To view a video of Bruton's from this project, please click below.

Another one of Bruton's projects is his 3D-printed, Star Wars-inspired R2-D2 Style R6 Droid. 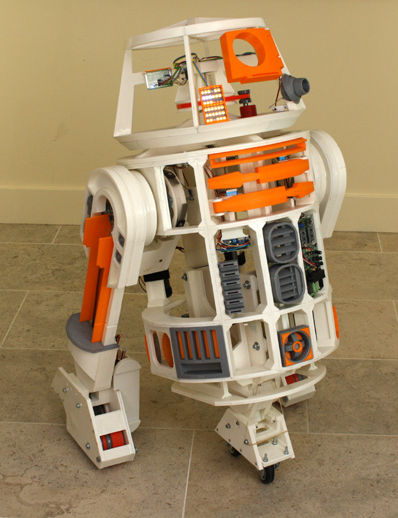 Rather than being an accurate movie prop, this project is meant to be more of a 3D printing showcase, and his intention was to have sounds, lights, motorization, and mechanics.

“There are many astromech droid builders worldwide,” Bruton said. “Typically the projects built by members are made from wood, aluminum, steel, or plastic parts, … but what if we could make a droid out of a rigid material that was lighter than plastic? Well we can with 3D printing because we don't have to make the parts solid.”

He reduces the weight of printed parts by using less than 100 percent infill in the printer control software. For his droid project, he used a LulzBot TAZ 3D printer as well as materials such as ABS and NinjaFlex 3D printer filament. To view a video of Bruton's from this project, please click below.

Bruton's passion for creating Star Wars-themed props is also being exhibited with his Star Wars Episode 7 BB-8 Droid Version 2. To read the latest press coverage on this project, see the article on 3ders.org. You can also check out his Patreon/XRobots campaign to learn how you can support his efforts.

With these projects being only a sample of Bruton's creative work, he is sure to continue exploring 3D printing within the science fiction realm.

“I love to share ideas and information, develop new techniques, and give as much back to my followers as possible,” Bruton said.

Disclaimer: James Bruton started as a customer of LulzBot 3D printers. Aleph Objects, Inc. has since supported his work and his community hackerspace, So Make It.

Photos and videos are used with permission by XRobots.